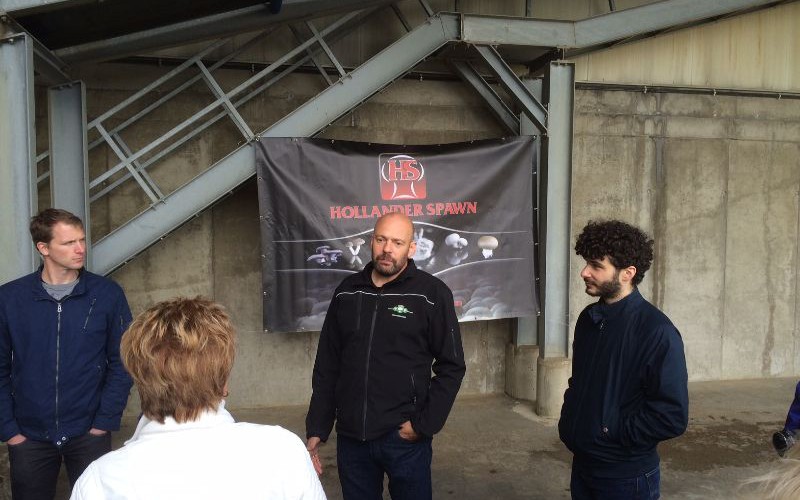 From 8 to 10 October, the 67th annual general meeting of the “Bund Deutscher Champignon- und Kulturpilzanbauer” was held in Potsdam. On Friday several lectures were held such as Dr. Renate Spraul was giving a lecture about labour processes. After that Michael Legrand from Grünes Medienhaus reported about the number of visits to the website www.gesunde-pilze.de. Dr. Lelley was also speaking about the Hochschule Niederrhein university which has launched a centre for expertise for applied mycology. And in the end Mr. Jack Lemmen of GTL Europe held a lecture about saving money in terms of energy in building smart. On Saturday morning we visited Havelland Champignon located in Tietzow.  The compost plant build in 2013 has a capacity of making 3.000 tons of phase I compost. Every week 120 tons of mushrooms are harvested here. About 25 till 30 % of all mushrooms is the brown variety of Hollander Spawn FB29.